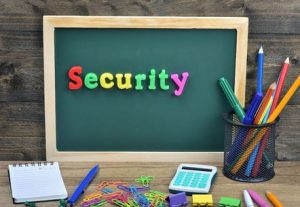 COP Security believes it’s important to have a strong and visible security presence in schools today. Safety is a paramount issue today for all public places where people gather together. While adults can carry firearms for protection, what’s a ten-year-old supposed to do if a crazed gunman infiltrates his or her school during the day? There needs to be an armed guard on the premises whose main duty is to protect others from any and all persons with a gun in hand and an axe to grind.

How can kids learn when they’re distracted by their “very real fears” of feeling unsafe in school? They can’t! However, having a security presence in the school allays fears, making kids more comfortable during their school day. Instead of staying home because they’re scared, they’ll come to school.

“At least there’s someone here who can protect us properly if ever we need it.”
“I know who to talk to if I have a problem or concern.”
“Having that guard there puts me at ease.”

The Benefits of School Security

When your school has an armed guard on premises, that signals to the community and the staff that you’re serious about the safety of all who enter the building. It means fewer students will skip school because they don’t have to be so fearful of “bad things” happening there. School safety is promoted when there’s a visible guard roaming the halls and checking on things all day long. A guard can escort people out of the building if/when they don’t belong there. He or she can give visitors directions, and act as a safety ambassador for the school. If violence erupts, the guard can quell it– better to have a guard break up a fight than a teacher or administrator, right?

Furthermore, the concept of school security should be extended to the digital realm. As computers have become the norm in schools, it’s important for guards to be mindful of what’s happening online, especially with regards to cyberbullying and harassment. Also, if your school is equipped, guards can oversee internet users.

Reasons to Hire Security for Your School 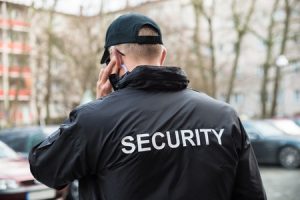 Does your school have bullies? If so, teachers, along with security guards can be helpful… they’re the person a bullied kid can turn to for help– before or during an assault.

Does your school worry about thefts, robberies, sexual attacks and/or violent crime happening? Unfortunately, “the real world” is at schools today– even elementary schools. Who is keeping a watchful eye on students at your school to make sure they’re not being beat up in the bathroom, molested in the library, or robbed of valuable in the locker room? Security helps deter all sorts of bad or criminal activity because people don’t do bad stuff if they know they’re being watched and could get caught!

Does your school have problems with classroom disorder and/or weapons being brought into the school? Security guards are trained to bring order when needed so chaos does not ensue, and they’re also good at inspecting bags and such to find weapons of any kind. 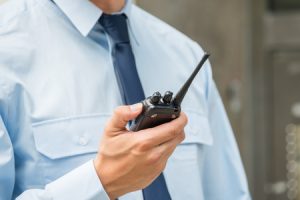 Besides being peacekeepers, security guards play a vital role in how schools of today operate. They’re the ones who know all about emergency planning and response– the leaders others look to when something bad happens. They’re the ones who know how to intervene during a crisis in a calm manner. Need to help settle a kid down? Call security. And if someone is unconscious? Security comes to their aid with CPR and First Aid attention– or calls someone else who can properly remedy the situation, especially if it’s a major issue where they could bleed to death.

If you’re ready to make your school a safer, more “prepared for anything” kind of place, please call COP Security at 585-750-5608. We are ready, willing and able to provide enhanced security services for schools in Genesee, Orleans and Monroe Counties, among others.

How Are We Doing?
Navigate