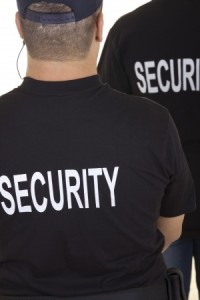 We live in a crazy world. Well, that might be a bit of an understatement; it’s crazier than a bunch of bats in the belfry. Flipping on the TV or checking your Facebook newsfeed, you are usually greeted by a harrowing news story that shakes your soul and gets you questioning everything all around you. One day there’s a movie theater shooting, the next day there’s outrage over the illegal killing of an animal across the ocean. There’s just no telling what you might see. For the moment, let’s focus on the killing of Cecil the lion by dentist Walter Palmer. No matter which side of the debate you fall on, the whole story demonstrates the importance of armed security guards.

According to Breitbart.com, Awr Hawkins writes, “As the anti-trophy hunting the backlash continues in the wake of Cecil the lion’s death, one of Minnesota dentist Walter Palmer’s homes has been vandalized and he has been forced to hire armed security for himself. During the last week, Palmer has been vilified internationally and has reportedly received death threats in addition to real property damage.”

Yes, the backlash has been intense and Walter Palmer fears for his life, so he has hired armed security guards. Did he do something illegal? Perhaps. Is he in the right? Who knows. As a security company, it is our responsibility to quell the storm before it explodes. Unarmed or armed security guards help to ease tension before it rips everything apart and that is a very important part of maintaining stability in society.