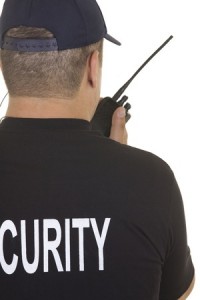 Have you ever considered being a security guard? It’s the kind of job where being present gets you paid. You’re not required to be an actual police officer/detective and you don’t make arrests. Instead, your presence matters to a company or organization because it gets them a decrease in their insurance costs and shows others that they care about security.

Being a security guard is almost always an enjoyable job because it involves maintaining the security of people, buildings and their contents. There’s both structure and variety involved, whereas guards might find themselves personally patrolling a given area, managing door control at entertainment venues, or traveling with valuable goods in a vehicle to make sure they arrive at their destination as planned.

If you’re the type of person people consider to be quick-thinking and able to deal with situations as they arise, you should consider a career in security. Guards work in all sorts of environments performing many tasks such as signing people in, checking packages, giving directions, handling guard dogs, and monitoring activities either in-person or via closed circuit television.

In the process of doing their job, security guards might find themselves working on their own for long periods of time and/or working with other fellow guards, depending on what the situation calls for.

Guards generally need to have a reasonable level of physical fitness and strength, the ability and confidence to confront people who are being difficult, and an overall trustworthy character. Security guards work with all sorts of people, so it’s best that they’re non-judgmental and can stay positive even during stressful situations.