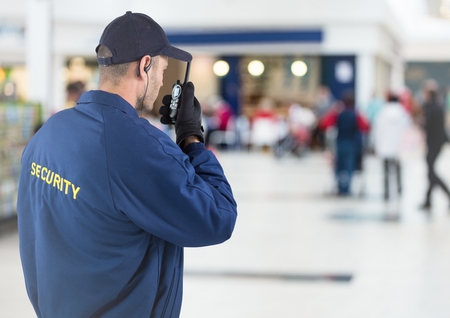 In the news recently you’ve heard/seen reports of mass shootings. They can happen anywhere these days, from a garlic festival in California to a Wal-Mart in Texas. It seems like the USA has way too many of these shootings, and we do– as of August 5th, there have been 255 mass shootings in the U.S., according to data from the nonprofit Gun Violence Archive. A mass shooting is defined as any incident in which at least four people were shot, excluding the shooter.

People are “on edge” these days. They often wonder, in the back of their mind, “Could it happen here, where I am?” And, sadly, it could– mass shootings are everywhere. Could a mass shooting happen near you? Yes.

Why are security guards needed? They’re needed to protect people and property from all sorts of awful things and bad people. If and when a person looking to do harm storms into a school, shopping center or even a church, the security guard(s) on duty are the people’s first line of defense. You’re likely going to see more and more security guards on duty as people fear for their lives and well-being these days.

Guards do their best to prevent crimes. When they’re walking around a place, with their eyes on all the people there, they’re serving as a deterrent to potential lawbreakers. After all, “bad guys” don’t want to get caught. Guards monitor and patrol both the interior and exterior of the premises where they work. They check the windows, doors and gates. They take phone calls, give directions, keep written logs of activities, notice anything “wrong” or “out of place,” and if there’s a problem, they’re the ones to call police, fire or ambulance services.

Basically, in an increasingly violent and scary world, security guards are there to provide a safe and professional work/event environment. They act quickly if there are any incidents. They deter criminals and protect assets.

If you’re thinking of hiring security guards in the Rochester, NY, area, call C.O.P. Security at 585-750-5608 or email rbarton@copsecuritycorp.com.