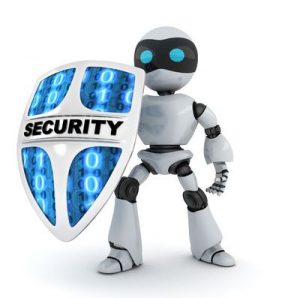 Silicon Valley is known for technological innovation. Hundreds of millions of dollars are being used to develop things that will seemingly help society be better off than it is now. For instance, did you know there are robotics companies working on robotic security guards?

One company, Knightscope, makes two robots which they rent out to do several tasks for companies. These robots can record, stream, send and store video. They can read license plates. And they can detect humans in places they’re “not supposed to be.” In essence, these robots are like quasi-security guards.

Using both sensors and lasers, today’s robots build their own 3D maps of their environment so they don’t bump into anything. When they’re low on energy, they go to their charging pad.

While these robots can do some things well, they still have their flaws. For example, one of them knocked down a toddler and ran over his foot at the Stanford Shopping Center.

Do we really want to live in a world where every parking lot is being constantly patrolled by a robot? Is this a good thing?

Robots have their places in life, but as long as people are people, it’s better to have living, breathing, thinking humans in the role of security guards. Humans can run and jump and grab and do all sorts of things robots can’t do. They can also have empathy, which is a key ingredient when, for example, a little girl is lost and in tears looking for her mommy in a crowded shopping center.

In addition, veteran security guards have years of experience they can draw on to handle and diffuse different situations. There is no substitute for experience, regardless of how strong an algorithm looks inside a computer program .

We shouldn’t live in a world where technology takes over our entire lives– it’s not a good thing and it’s not healthy. Human beings have purpose in their lives. When they do their jobs, they derive satisfaction from having contributed to the greater good of society. People like helping people. People have an innate sense to protect others, especially children. It would be a mistake to leave all the security jobs to robots.