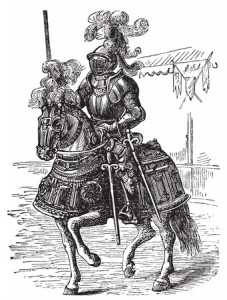 During the 1700s, as more and more people moved to cities, the crowded streets and neighborhoods were filled with poverty, crime and violence. Therefore, the need for security increased to the point where tax revenues were used to pay security guards to patrol city streets every night of the year, on the lookout for anything suspicious.

The Industrial Revolution brought with it a huge increase in crime, which lead to the formation of private security guard agencies. These agencies, such as the Pinkerton Agency in the 1850s, helped guard the railroads and banks in prosperous places.

Did you know Henry Ford hired his own security force for his Ford factory in its early days? Indeed, many industries started to hire private security to protect their factories during The Great Depression and World War II. Later on, the need to protect American industries from Cold War espionage continued to fuel the need for private security guards and forces.

When New York City was attacked by terrorists in 2001, many people felt unsafe for months, if not years, afterward. The nation was definitely “on edge” for some time, and more and more security guards appeared in places like hotels, malls, schools and public gathering spots.

Today we live in a world where there seems to be a constant threat to people’s security with ISIS and other nefarious entities plotting to cause innocent people harm. Now– more than ever it seems– personal security guards are needed.

C.O.P. Security Inc. is a private security company supplying businesses and events with monitoring and security services. Call 585-750-5608 or email rbarton@copsecuritycorp.com for details on how C.O.P. can protect your people and property.