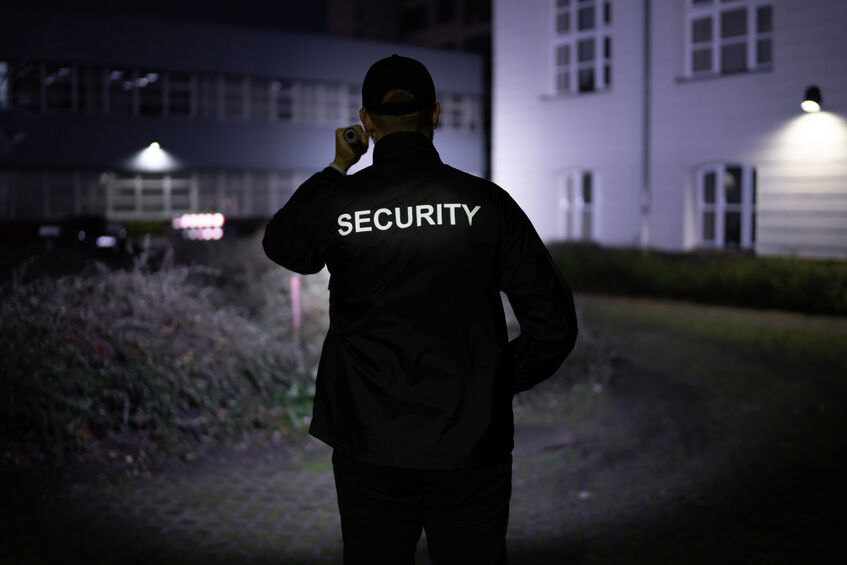 One of the reasons people move to certain areas is because they feel safe (or safer) there. And in order to maintain a safe neighborhood, sometimes area residents will form a “neighborhood watch” block club to keep tabs on who is in the neighborhood and whether or not anything unusual or bad might be happening to one of the houses “down the street” or “next door.” That’s a good thing, especially in the weird times we’re living in.

If and when neighbors aren’t home enough to keep tabs on their neighborhood, or they don’t have the time or skills to do so, then it’s a good idea to hire security guards to patrol and watch over specific areas of a residential community. For instance, many gated communities will utilize security guards, especially at the front gate where everyone coming and going is monitored and accounted for– that way, it’s known who is there and who is not!

Apartment and condo complexes, as well as neighborhoods with HOAs, often have to deal with security issues like burglaries, break-ins, loitering, loud party noises and vandalism. While alarm systems and electronic gates can help, it’s even better to have human security guards patrolling the halls or streets, seeing what’s going on, especially at night. It’s better to have a security guard deal with problems than to expect a resident to tackle difficult situations.

Oftentimes, a security guard’s main functions in a residential area includes access control and gate security as well as foot or road patrols, and, if needed, providing a quick response to emergencies. When someone’s safety is at risk, for whatever reason, isn’t it reassuring to know there’s a security guard nearby? Definitely!